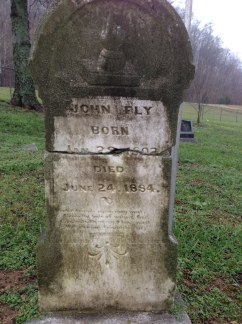 The Community Of Fly

As you probably already know, if you are from this area, the community of Fly my was named after the Fly family.  The Fly family settled here in the late 1700’s with John and Sarah Fly.  Sarah Fly  (d. 1808) has the oldest marked grave in Maury County, Tennessee located at the Fly Family Cemetery on Hwy 7.

A swinging bridge led students across creek to the Fly School which was approximately 100 yards away from the current Fly store near the bank of Leiper’s Creek. The school was built in 1885, and was moved in 1909 to a new location on Raleigh Elam Hill. The school was renamed to Elam School in 1910 after Raleigh Elam, then Roach School in 1916 after John Roach and lastly renamed Sylvan Heights in 1928.

The General Stores Of Fly

The community of Fly once held three general stores.  Maurice Fly opened the first general store in 1890 and ran the Post Office within his store from 1891-1903. Elections were held here the entire time the store was in operation. Women would walk to the store from miles away to have their cream separated, tested, and bought by the pound here at the store. The store was located at the intersection of  Hwy 7 and Hay Hollow Road. In 1952, Gulf gas was added to the store. The store officially closed in 1955, and burned in 1986.

The second store was opened in 1897 by R.S. Elam on the banks of Leiper’s Creek about ½ mile from Fly. When the Middle Tennessee Railroad came through this store became the Elam Station train stop and remained open until the railroad ceased operations in 1929. A turntable for the train was located here at Elam Station. The general store closed in 1930. 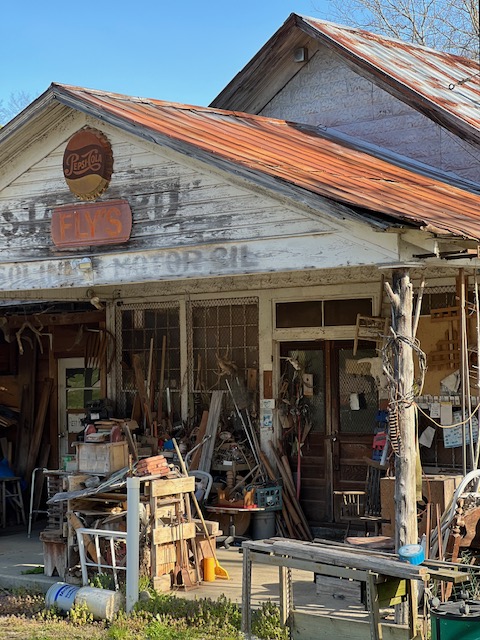 The third store in Fly is the current Fly General Store, which was owned and operated by Mr. Wilson Fly. The Fly General Store was built in 1909 by Maurice Fly who only rented the store to other community members, but never officially operated it himself. The Fly General Store stayed in the Fly family between Maurice Fly, W.C. Fly, J.H. (Hautt) Fly until D.A. Groves bought and owned the store from 1923-1952. D.A. Groves sold the general store to B.G. Fly in 1952, and was later owned by Wilson Fly beginning 1990. Besides store operations, D.A. Groves also maintained the freight house while the Middle Tennessee Railroad was in operation.  The freight house location is unknown at this time.

The Fly Church And Sprout Springs

The Fly Church, built around 1910 by the people of the Fly community.  Originally church members sat on wood planks upheld by wood blocks before the pews were constructed.  A pot bellied stove was used to heat the church before electricity.

Spout Spring at Fly Bluff has provided the community fresh spring water for many years. On September 26, 1926 Lola Kelley and Claude Potts were traveling by horse-drawn buggy to be married when they met up with Reverend Bob Roberts who was riding horseback at spout spring. The couple decided to be married there at spout spring by Reverend Bob Roberts.

“There’s no place just like this place. Valley of rural peace and bliss”.