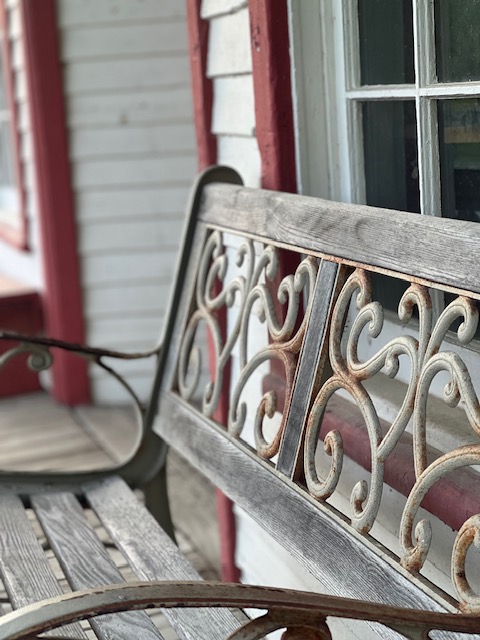 The community of Bethel is rich in local history! Back in the day, the Bethel Triangle was home to a cream station, sawmill, schoolhouse with a pony shed, church, and general store. When the Middle Tennessee Railroad came through, and Bethel became a train stop, the workers and their families of the railroad were able to stay section house.   Horse shows and a fair were also held within the Bethel Triangle in the 1940’s.

The Bethel Schoolhouse And Community Center

Both the Bethel Schoolhouse and Bethel Community Church were built in the 1820’s. Two, one-room buildings in Bethel were used as the school-church buildings until the present Bethel Community Church was constructed in 1883. A swinging bridge was available to cross Leiper’s Creek for the students to get to school. In 1883, a new school building was constructed; however, the school burned down in November 1913.  It was rebuilt and opened in January 1914. The Bethel Schoolhouse is now the current Bethel Community Center. A sliding partition was used down the middle to create two classrooms and around 1924 a music/recreation room was added. Prior to the 1930’s, a 6 stall pony shed was available for students to keep their ponies and horses in while they attended school. In the early 1940’s a school lunch program was added and students paid a weekly fee of 15 cents. Students could bring a bushel of vegetables or meat in exchange for free lunches. The Bethel School closed on June 3, 1955.

Note:  The current Bethel Community Center still stands today.  It was once used at the Bethel Schoolhouse.

In the 1920’s,Truli Pure Creamery from Franklin had a contract with many of the general stores in the area including the Bethel General Store. At the time, Thomas Humphrey owned and operated the store while his son Vester Humphrey would test the cream content. The cream was sold by the pound for approximately $1.00; Truli Pure Creamery would pick up the cream two times per week. Women would often catch up on the town news while waiting for the cream to be separated on the benches at the Bethel General Store. 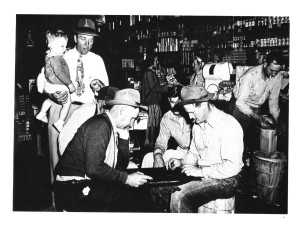 Bethel General Store taken in 1949 during which the Carlisle’s owned the store. Photograph courtesy of Maury County Archives.

The Bethel General Store was built by Willis Sewell in 1914. He operated and rented out the store to community members until he sold it to Thomas Edmond Humphrey in 1923. In 1928 when Henry and Merle Carlisle, and Henry’s father, Jim Carlisle owned the store.  Cigarettes sold for 5 cents a pack, a dozen eggs for 5 cents, a nice pair of overalls for $1.25, horse collars $7.50, and a hatchet sold for 5 cents. Clifton and Grace Anderson bought the general store in 1980 followed by Wilburn and Ruby Roberts who added a kitchen and deli to the operation. 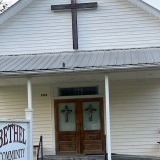